The insolvency profession has attracted a lot of unwanted attention in recent times, culminating a Senate inquiry last year, followed by a federal government review announced in June.
It was sparked by boiling anger about the impotence of individuals and small businesses ripped off by unscrupulous practitioners.

The lightning rod was Stuart Ariff, who ran an insolvency firm with offices in Newcastle and Sydney which left many aggrieved creditors behind when it collapsed in 2009.

After being lashed for years for responding too rarely and too slowly to misconduct at the smaller end of the profession, the Australian Securities and Investments Commission got their man on Monday. A jury at the NSW District Court found Ariff guilty on 19 criminal charges brought by ASIC and prosecuted by the Commonwealth Director of Public Prosecutions.

Ariff, 48, was convicted of defrauding a Newcastle family company where he was liquidator and of falsifying the company’s official accounts.

A sentencing hearing has been listed in November. Each of the fraud charges carries a maximum of 10 years and each of the false accounting charges a fine of $22,000 or five years’ jail or both.

The successful prosecution will not end the scrutiny of the way the profession is regulated.
For a start, the Senate economies committee received claims about other practitioners with similar methods to Ariff. Second, despite evidence years ago that Ariff had spent other people’s money on overseas trips and other personal expenditure, he was bankrupted in 2009 and has not repaid millions of dollars owing to companies where he was liquidator. And third, it remains to be seen whether anything will change in the most common grievance aired about Ariff and other rogue operators: that if the authorities had reacted earlier to complaints, many victims would have been
spared

Liquidators are in the rare position of public trust. As soon as they are appointed as administrator or wind up a company, they can change the locks on its properties and become sole signatories to its bank accounts. They control the assets, the cash and the information. In return shareholders and creditors, who often deal only once in their lives with insolvency practitioners, want commensurate checks and balances.

If there is a lesson from Ariff’s trial about regulating liquidators, it is that once the evidence got to court, little in the legal framework appeared to hamper the prosecution. Judge James Bennett, SC, described the crown case as “formidable” when he revoked Ariff’s bail on Monday. The jury took less than a day to determine their verdicts, even though the trial ran for almost four weeks and produced large volumes of documentary evidence.

There was nothing particularly subtle for the jury to consider. There were statements from various bank accounts, correspondence, and testimony from Ariff’s employees and people outside the firm who dealt directly with him. The length of the trial had more to do with the large number of fraudulent transactions than with any overly complex evidence about accounting or corporate law.

The case involved Ariff’s liquidation of a Newcastle family company, HR Cook Investments Pty Ltd.
The Cook family appointed him in June 2006, when they wanted to wind up an investment vehicle which had outlived its use. It was solvent having just raised $3.2 million from selling a share portfolio.

Its remaining assets were two investment properties and its only sizeable liability an anticipated capital gains tax bill of $600,000. Ariff’s fees were estimated at $11,000. By this time Ariff’s conduct had already been raised in federal Parliament by Joel Fitzgibbon, the member for NSW electorate of Hunter, who had been approached by a constituent, Bernard Wood. Wood’s complaint involved Ariff’s appointment as the voluntary administrator of Singleton Earthmoving, a company run by Wood and his wife, after they divorced in 2004. Wood successfully sued Arrif in the NSW Supreme Court in 2005 to recover company equipment and compensation. There was no finding of improper conduct by Ariff, but Wood and other creditors complained to Fitzgibbon that he had misappropriated assets from the company, which like HR Cook was solvent when he was appointed.

Two years later, there was further litigation involving Singleton Earthmoving which did provoke serious criticism from the bench.

Justice Richard White found Ariff was “brazen” in swearing court documents that a company called Wambo coal owed debts to Singleton Earthmoving when it had already paid them. In evidence was a December 2005 letter Ariff wrote demanding payment of the debts.

“It is a serious finding that at the time he wrote this letter, he knew or was wilfully shutting his eyes to the obvious fact that the debtors’ ledger was wrong, or that he wilfully and recklessly failed to inquire as to whether the debts shown on the debtors’ ledger had been paid,” Justice White said.” I nonetheless do draw the inference.” By mid 2007, creditors in Ariff’s largest administration,
CarLovers Carwash, had hired their own investigators to find out where $12 million of the company funds had gone.

The largest shareholder in CarLovers when Ariff became voluntary administrator in 2003 was a big public Malaysian company, Berjaya Group. Frustrated by inaction from ASIC, and with sufficient fund to pursue Ariff, Berjaya commissioned a forensic report from the accounting firm deVries Tayeh.

In October 2007 the journalist Adele Ferguson published the report’s conclusion, “We are of the opinion that Mr. Ariff knowingly and deliberately made claims for items which were not appropriate or did not actually exist.” deVries Tayeh said ASIC brought civil proceedings the following year. The Senate report concluded that the regulator only moved because of media coverage. It also quoted complainants saying ASIC was reluctant to investigate cases where relatively small amounts were involved. Ariff did not defend the civil proceedings. Just as they were due to begin in August 2009, he admitted to all the regulator’s claims of improper use of $4.9 million belonging to 16 companies where he was liquidator or administrator.

Evidence filed by ASIC included that Ariff charged the creditors of CarLovers $180,000 in overseas travel expenses between 2003 and 2007, including drinks, hairdressing and beauty treatments for Ariff and his wife, his parents and his two sisters and two employees of his insolvency practice.
Justice Patricia Bergin who banned Ariff from the insolvency profession for life, said his conduct was “quite appalling”. By this time, the HR Cook fraud had also been exposed and it was among the 16 companies involved in the civil proceedings like Berjaya, Susan Shedden and her mother, Joan Cook, had taken matters into their own hands. Suspicious about how long it was taking Ariff to wind up HR Cook Investments, they replaced him as liquidator in 2009.

Within a fortnight the new liquidator Peter Hicks from the Newcastle firm Forsythes, confirmed their worst suspicions. Once he had access to the HR Cook bank accounts, Hicks found that capital gains tax of $612,000 had not been paid and nor had dividends of $584,000 owing to Shedden’s niece and nephew. HR Cook had paid over $700,000 to law firms which had done legal work for it and $400,000 to Ariff’s insolvency practice. A striking portion of evidence in the trial was the reaction of the Australian Taxation Office.

It lodged a proof of debt, as usual, with Ariff, along with a standard form. A question on the form was whether the liquidator expected a dividend to be paid. Ariff ticked “no” and the tax office simply wrote off the debt. If it had chased it, Ariff might have been stopped earlier. Hicks says a better system would be the tax office to distinguish between liquidators of a solvent company, where the owners have no further use for it and want to distribute its assets among themselves, and insolvent ones, where typically shareholders get nothing and creditors like the tax office get only a portion of their debts.

“The tax office really should treat debts of voluntary liquidations, which are solvent companies. As part of their normal debt recovery process,” he says. Instead, the debts are processed in the insolvency section where there can be an “auto-pilot mindset” of writing a debt off he says.
He also advocates ASIC adopting an informal system of visiting insolvency practitioners. “They could have had a site visit to Ariff’s office on any one of the numerous complaints,” he says.

That view is echoed by John Saddington, a partner of Newcastle law firm O’Sullivan Saddington, who advised Shedden and her mother. “They certainly need to be able to investigate things more quickly and act on the warning signs,” Saddington says. If they get a call from the solicitor saying ‘my client is worried about this’ the perhaps they need to have a process where they go and knock on the door and say ‘show me the books and the records,” he says.

He recommends an informal system, perhaps involving an urgent court warrant. “To go through and charge someone you obviously have to do a lot of investigation” he says. You really need the authority to walk into the person’s office and say ‘Give me the bank statements’.” Saddington hopes the success of ASIC’S prosecution of Ariff will change the regulator’s approach. “The officers in this particular case performed well,” he says. That should give ASIC a bit more confidence to proceed on others.” 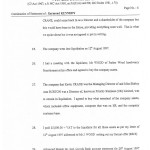 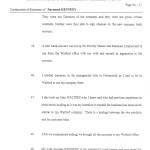 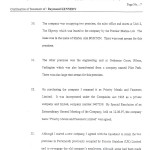 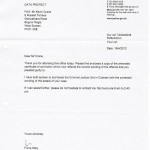 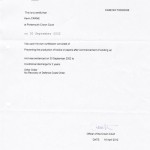 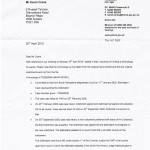 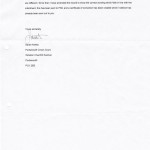 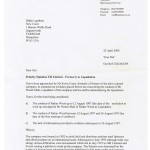 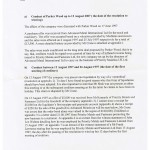 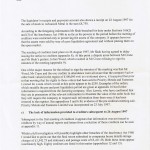 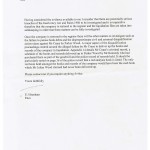 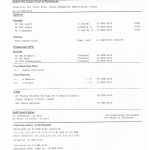 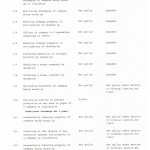 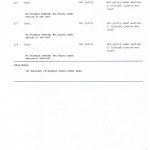 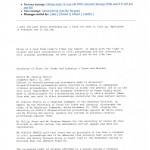 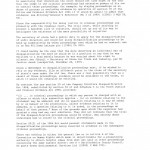 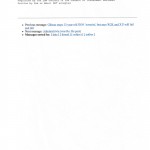 Confirmation of receipt of company records by ‘Parker Wood’, contrary to their false claims to Hampshire Constabulary – 1.1 and 2.2 of their charge sheet as detailed. 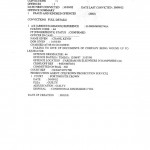 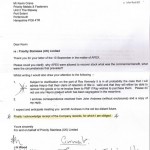 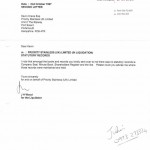